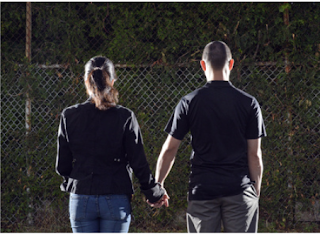 Court Case Has Implications for Couples Living Together


After an evening of drinking a group of young men are driving home in the early morning hours.  They get into an altercation with a group in another vehicle.  One fellow approaches the other vehicle, ready for a fight.  The driver of the other car runs him over, and the victim dies in hospital six days later.

Does the dead man's live-in girlfriend have a claim for the loss of his care, companionship, and future financial support? Considering how common "common law" relationships have become, it is surprising that the law on this question is unclear.

The issue came before a Master of the Court of Queen's Bench of Alberta in Dotto Estate v. Thickson.  Tracy Atkin and David Dotto planned to marry but were not formally engaged.  He was an apprentice electrician and she was a university student.  They had been living together for 16 months when Wesley Thickson killed Mr. Dotto in the circumstances described above.  Ms. Atkin brought an action against Mr. Thickson and the owner of the car he was driving, claiming in her own right as the "common-law spouse of the deceased".  She also made a derivative claim through Mr. Dotto's estate for loss of services and financial support.

The company that insured the car brought an application to dismiss Ms. Atkin's claim.  Master Schlosser reviewed the authorities on wrongful death actions, going back to the 1808 case of Baker v. Boulton, 1 Camp 493; 10 RR 734, in which Lord Ellenborough proclaimed that "In a civil court the death of a human being could not be complained of as an injury".  That principle is at odds with the modern law of negligence, which imposes a duty on us all to avoid causing foreseeable harm to others.  Nevertheless it has remained in force for two centuries, subject to specific statutory exceptions.

Master Schlosser agreed that the rule in Baker v. Boulton is inconsistent with the development of the tort of negligence, which would seem to favour the imposition of a duty of care in these circumstances, but since the rule remained law Ms. Atkin would have to find a way to fit her claim into one of the situations in which an individual who has suffered no physical injury can recover damages for pure economic loss arising out of physical injury to another.  Since none of the common law exceptions fit the facts, the Master went on to consider statutory exceptions to the Baker v. Boulton rule.

Section 5(2)(c) of the Survival of Actions Act bars any recovery by the estate for loss of future earnings, so Ms. Atkin's derivative claim through the estate could not succeed.

The plaintiff's direct claim was based on an argument that she qualified as an "adult interdependent partner" under the Fatal Accidents Act.  This legislation gives a statutory right of action to the children, parents, spouse, and adult interdependent partner of the deceased.  Ms. Atkin did not qualify as a "spouse", as this term is limited to partners who are legally married.

In order to succeed, Ms. Atkin had to show that it was at least arguable that she fit within the definition of adult interdependent partner in the legislation.﻿  Section 3(1)(a) of the Fatal Accidents Act says that such a relationship exists where two people have lived together in an interdependent relationship for three years, or if cohabitation is "of some permanence" and they have a child.  Ms. Atkin did not come within either branch of s. 3(1)(a).

The legislation does not expressly require that the agreement should be in writing.  It could be argued, however, that the form provided by the regulations implies that it should be in writing.  The Master described the Act as remedial legislation that provides a statutory claim to close relatives of the deceased.  Since informality is a hallmark of many adult interdependent partnerships (in that the partners have decided to forego the formality of marriage), it seemed unlikely to the Master that the legislature intended that a lack of formality would defeat the statutory remedy.

The Master concluded that there was a triable issue, and dismissed the insurer's motion for summary judgment.

Master Schlosser was quite critical of the principle set down in Baker v. Boulton.  This principle is inconsistent with contemporary negligence law and at odds with the expectations of the public in society today, in which cohabitation is common and most people believe that there are legal consequences to such relationships.  A further easing of the common law rule makes sense.

It is hard to fault the Master for concluding that a lack of formality should not defeat a claim based on a relationship that by definition is informal.

Ms. Atkin was living with Mr. Dotto at the time of his death, and a claim based on cohabitation is verifiable.  Insurers will have a legitimate concern,  however, arising from the fact that s. 7 of the Act permits two persons who merely "intend to live together" to enter into an adult interdependent partner agreement. If verbal agreements are recognized, it will be difficult if not impossible for insurers to corroborate a claim by a surviving girlfriend or boyfriend based on a verbal agreement to cohabit in the future.

The case raises an issue that is important to the automobile insurance industry; it also has significant public policy implications regarding the legal consequences of relationships that involve cohabitation but not marriage.  We can expect that this issue will eventually reach the appellate court level.  When it does, it will be interesting to see whether the court chooses to overrule Baker v. Boulton and articulate a comprehensive threshold test for wrongful death claims, or continue to chip away at Lord Ellenborough's rule on a case-by-case basis.

View my profile on LinkedIn: http://www.linkedin.com/profile/view?id=50396098&trk=nav_responsive_tab_profile
﻿
Any legal information provided is general in nature and may not apply to particular situations. It does not constitute legal opinion or advice. Please consult your lawyer regarding your specific legal issue.
Posted by Unknown at 22:06