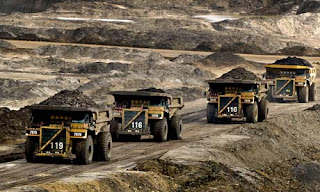 Indutech Canada Limited manufactures pipe and other speciality steel products for Alberta's heavy oil industry.  Guy and Barry Gibbs marketed Indutech products for many years under two "Agency Agreements" which appointed the Gibbs and their companies as Indutech's exclusive sales force.  From 2000 to 2004 the Gibbs operated a competing manufacturing business, Cladtech Canada Limited, without Indutech's knowledge.


Indutech eventually learned about the operations of Cladtech and sued for breach of contract and breach of fiduciary duty.  The trial judge found in favour of Indutech, holding that the defendants were fiduciaries of Indutech and granting judgment for $2 million.  This award consisted of some $1 million in damages, including $150,000 in punitive damages, plus $1 million representing the profits that the defendants had made from competing with the plaintiff.

The defendants appealed from the finding that they were fiduciaries of Indutech, and from the damages awarded, particularly the order under which they were required to disgorge the profits earned from their enterprise in addition to compensatory and punitive damages.  In a recent decision, the Alberta Court of Appeal upheld the conclusions of the trial judge on both fiduciary duty and the amount of the award.

The reasons of the Court of Appeal provide a useful explication of the law respecting fiduciary relationships, both under the three part test established by the Supreme Court of Canada in Frame v. Smith, [1987] 2 S.C.R. 99 and International Corona Resources Ltd. v. LAC Minerals, [1989] 2 S.C.R. 574,  and under the more recently developed "ad hoc" analysis from Elder Advocates of Alberta Society v. Alberta, [2011] 2 S.C.R. 261 (S.C.C.).

The case is also interesting for the use of the remedy of "disgorgement".  The trial judge held that the plaintiff was entitled to be paid any profits that the defendants earned as a result of their breach of fiduciary duty, in addition to the traditional compensatory damages available for breach of contract.  The Court of Appeal agreed.

Fiduciary Relationships - The Principled Approach
A fiduciary relationship is one involving trust, obligations of confidentiality, and a duty to act in the interests of or for the benefit of another.  A finding of fiduciary duty allows the court to protect the vulnerable when they have been taken advantage of by those in positions of trust.  Courts enforce fiduciary duties because honesty, fairness, and protecting the weak from the strong are important values in our legal system.
The concept of fiduciary duty can be at odds with values of individual autonomy and self-reliance that are also important in our system of law.  This conflict between competing values manifests itself in a reluctance on the part of our courts to impose fiduciary obligations in a commercial context.  The role of the fiduciary can seem out of place in the business world; it often appears to be inconsistent with the notion of freedom of contract and the emphasis that the common law places on free markets and the enforcement of bargains.
Historically, fiduciary obligations arose in certain established categories of relationships, such as agent and principal, solicitor and client, or trustee and beneficiary.  Since it is well understood that an agent has to protect confidential information, avoid conflicts of interest, and act for the benefit of the principal, anyone who agrees to act as an agent also agrees, either expressly or by implication, to take on the responsibilities of a fiduciary.
More recently, courts have recognized that the categories of fiduciary relationships are not closed.  It now appears that the categories that historically gave rise to fiduciary responsibilities are only instances in which a set of principles have been applied to identify fiduciary relationships.  This principled approach to fiduciary relationships, which originates in the dissenting opinion of Wilson, J. in Frame v. Smith, was endorsed by the Supreme Court of Canada in Corona Resources.  Under the Frame v. Smith analysis, relationships in which fiduciary obligations are imposed possess three characteristics:
The defendants in Indutech argued that they were not agents as the agreements gave them no authority to bind Indutech.  Since the substance of the relationship prevails over the words used by the parties to describe it, the fact that the two contracts between Indutech and the defendants were labelled "Agency" agreements was not determinative.  This meant that the courts had to struggle with the issue of whether or not to find a fiduciary relationship between two business organizations dealing with each other at arm's length.
The Court of Appeal concluded that the terms of the agreements did give the defendants power and discretion, which resulted in a corresponding vulnerability on the part of Indutech.  The agreements made the defendants the exclusive sales force for Indutech.  The defendants were required to keep Indutech informed about the market and about sales opportunities.  The defendants were subject to a duty of loyalty and were restricted from dealing with Indutech's competitors.  They had unlimited access to Indutech's customers and sales data, including confidential information on pricing, timing, and market strategy.
Indutech gave the defendants confidential business information, treating the defendants' personnel as if they were Indutech employees.  This close relationship made Indutech vulnerable as it provided the defendants with the opportunity to divert sales, manipulate prices, and influence purchasing decisions by providing Indutech customers with false scheduling information.  Vulnerability by itself does not give rise to fiduciary duties, but where it arises out of the contractual relationship between the parties rather than from pre-existing causes outside the contract, a fiduciary relationship can be formed.
There is a line of authority supporting the proposition that the courts should hesitate to find a fiduciary relationship when two corporations motivated by profit enter into an arm's length transaction.  The court was at pains to distinguish these cases, stating that the principle is limited to a situation in which a business entity fails to take available steps to protect its interests, then turns around and complains that it was taken advantage of.  In the instant case, Indutech built protections into the terms of the agreements, but the defendants gained advantage through a series of calculated breaches of those contractual protections.
The Court of Appeal emphasized the fact that in the commercial context a fiduciary relationship has to be based on the terms of the contract and not on circumstances external to the contract.  As in the traditional categories of fiduciary relationships, the principled analysis requires an "undertaking" on the part of the fiduciary to take on duties of trust and confidence.  The court concluded that "Such a circumstance arises where, as here, the contract imposed express obligations of loyalty and non-competition."
The "ad hoc" Analysis of Fiduciary Obligation
The Court of Appeal also considered the applicability of the approach established in the Elder Advocates decision, in which a fiduciary relationship is founded on an "ad hoc" basis outside traditional categories.  The requirements for an ad hoc finding of fiduciary relationship were summarized by McLachlin, J. in Elder Advocates:


The Court of Appeal decided to uphold the trial judge's decision as the facts that supported the existence of a fiduciary relationship under a Frame v. Smith analysis also supported an ad hoc finding of fiduciary obligation.  On the facts of the Indutech v. Gibbs case, the two approaches to the issue are very similar, and the Court of Appeal suggested that they may just be "different ways of stating the same thing".


The common thread that runs through the cases on fiduciary relationships is the vulnerability of the beneficiary and the "undertaking" or agreement of the putative fiduciary to do something that is associated with a fiduciary role.  Whether the approach is one of traditional categories of fiduciary relationship, the principled analysis from Frame v. Smith, or the ad hoc approach from Elder Advocates, the fiduciary has to agree to keep information in confidence, refrain from competition, safeguard another's property, give precedence to the beneficiary's interests, or otherwise undertake an obligation of loyalty and trust.  If the beneficiary is vulnerable to a breach of the undertaking, a fiduciary relationship is established.
Compensatory Damages and the Disgorgement Remedy
The normal measure of damages for breach of contract is an amount that would restore the income that the plaintiff lost as a result of the breach.  These are sometimes referred to as "compensatory" damages.  Where the defendant is in breach of a fiduciary obligation, the court can go further; in addition to awarding compensatory damages, it can order the defendant to disgorge any profits arising from the breach of duty.
The defendants had diverted sales and opportunities rightly belonging to Indutech in a number of different instances.  The fact that the defendants were in breach of their fiduciary obligations did not justify an across the board application of the disgorgement remedy.  Indutech had to establish, in each instance, that the defendants' profits result from breach of fiduciary duty and not merely from breach of contract.
As the trial judge had been careful to distinguish between activities that constituted breach of contract and those that amounted to breach of fiduciary duty, and limited the award to compensatory damages where no breach of fiduciary duty was involved, the Court of Appeal upheld her use of the disgorgement remedy.  The remedies for breach of fiduciary duty are discretionary, so the standard on appellate review is reasonableness.  Since the trial judge had not committed any error of law in applying the disgorgement remedy, the Court of Appeal was not prepared to interfere with the exercise of her discretion.
Punitive Damages
In cases involving breach of fiduciary duty, the court can award punitive damages in addition to compensatory damages; the purpose of the punitive damages is to deter the defendant and others from engaging in similar conduct, and to uphold the integrity of fiduciary relationships.  In the Indutech case, the Court of Appeal stated that if a market is to operate smoothly and effectively, manufacturers have to be able to rely on their sales representatives to protect confidential information and trade secrets.
Punitive damages have to be proportionate.  In determining whether or not to award punitive damages, the court is to consider such factors as the harm caused, the degree of misconduct, the relative vulnerability of the plaintiff, and the advantage and profit accruing to the defendants.  The defendants argued that the addition of the disgorgement remedy amounted to sufficient deterrence, and that an award of exemplary damages was therefore disproportionate.
The Court of Appeal concluded that the trial judge had exercised her discretion reasonably.  The $150,000 punitive damages award was proportionate to the balance of the award ($1.85 million), and amounted to appropriate deterrence in light of the long period of deliberate and flagrant breaches of contract and the dishonesty and deceit involved.


Any legal information provided is general in nature and may not apply to particular situations. It does not constitute legal opinion or advice. Please consult your lawyer regarding your specific legal issue.
Posted by Unknown at 10:33