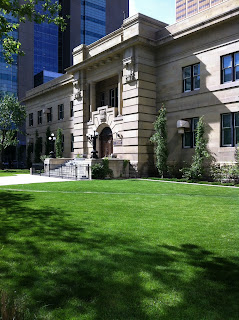 The Court of Appeal of Alberta


In HSBC Bank Canada v. Fuss the Court of Appeal of Alberta upheld a conspiracy judgment against corporate directors.  The defendants had stripped a company of its assets and diverted its business to a new company they controlled in order to prevent the secured creditor from recovering on a loan.

Electronics Wholesale had an operating line of credit with HSBC Bank of Canada.  The line was secured by a General Security Agreement ("GSA") which provided that any money collected by the borrower was subject to a trust in favour of HSBC.

In June of 2004 HSBC appointed a receiver and manager for Electronics Wholesale.  The company was petitioned into bankruptcy a month later, but the remaining assets were of little value and HSBC was unable to realize on its security.  In addition, Kendrick produced misleading financial information for Electronics Wholesale and destroyed the company's electronic records.

The Judgment at Trial

HSBC sued Kendrick, Fuss, Thuna, and the companies they controlled for conspiracy to prevent HSBC from recovering the debt owed by Electronics Wholesale.  The trial judge found that there was a conspiracy against the Bank and awarded damages of $1.7 million.  Fuss and Thuna appealed.  In a decision released June 25, 2013 the Court of Appeal of Alberta upheld the trial judgment.

The Decision on Appeal

The Memorandum of Judgment of the Court of Appeal contains a useful summary of the elements of the tort of "unlawful conduct" conspiracy, and a careful analysis of the factual and legal conclusions of the trial judge.

The only legal question in the case was the test for conspiracy by unlawful conduct.  Although the standard for appellate review on this issue is correctness, the parties agreed that the trial judge had stated the test correctly.

The elements of unlawful conduct conspiracy are:

(2)  Unlawful conduct in furtherance of the agreement;

(3)  The unlawful conduct must be directed towards the plaintiff;

(4)  Knowledge that the conduct is likely to injure the plaintiff; and

(5)  The conspirators' conduct must actually cause injury to the plaintiff.

The alleged conspirators must act in combination, or with a common design.  They must know the facts of the agreement and intend to participate in it.  Where direct evidence of the agreement is not available, the court can resort to circumstantial evidence.

Fuss and Thuna argued that in order to be participants in the conspiracy, they would have had to know about Kendrick's misstatements to HSBC and his destruction of corporate records.  The trial judge had found that they were not aware of these fraudulent activities.

The appellate court said that this argument misconceived the findings of the trial judge.  The agreement which supported the conspiracy finding was not based on fraud; it was based on a common design to divert the assets and business of Electronics Wholesale to the new companies.  Fuss and Kendrick had agreed to repay debt owed to Ariza in preference to payments due to the Bank.  Although Thuna was less active in the conspiracy, she knew that Electronics Wholesale was in trouble and that its business was transferred to EWE.  Her participation in the common design consisted in carrying out her husband's instructions while knowing that the effect would be to deprive HSBC of its security.

Unlawful conduct means actions that are legally wrong, but the conduct does not have to be actionable.  Highly competitive commercial activity that is not otherwise illegal does not qualify.

These conclusions on the fiduciary responsibilities of directors seem to imply that a director is obliged to ensure that the company carries on business in a responsible and ethical manner, and not just in a manner that promotes the company's business goals.  The Court of Appeal did not feel it was necessary to consider this interesting idea.  The assets of Electronics Warehouse were transferred, with the approval of the appellants, at less than fair market value.  This constituted a conversion of the property of Electronics Warehouse, which was unlawful conduct sufficient to meet this branch of the test for conspiracy.

Other Elements of the Conspiracy

The appellate court had little difficulty supporting the conclusions of the trial judge with respect to the remaining branches of the test for conspiracy.  The diversion of the receivables and other assets of Electronics Warehouse was a deliberate scheme to separate the assets of the business from the liabilities.  The appellants knew that their actions would prevent the Bank from recovering on its security, and HSBC suffered a substantial loss as a result.

The principal amount of the debt was about $670,000.  The trial judge added in interest, collection costs, insurance premiums, the receiver's charges, and legal fees as all of these amounts were to be added to the debt under the terms of the GSA.  This brought the total to $1.7 million.  The Court of Appeal supported this calculation of damages.

Conspiracy requires illegality, either as the goal of the conspiracy itself or in the means for carrying it out.  Hard-headed business tactics that do not involve illegality are not actionable.  Business people who have been harmed by corporate machinations often struggle to find the requisite "unlawful conduct" they require in order to succeed in an action for conspiracy.  If the Court of Appeal had upheld the views of the trial judge regarding the statutory duties of directors, it would expand the scope of the tort of conspiracy considerably; a ruling in the other direction would limit the scope of the tort.  As the Court of Appeal did not find it necessary to deal with the question, it will have to be resolved in another case on a different set of facts.

View my profile on LinkedIn: http://www.linkedin.com/profile/view?id=50396098&trk=nav_responsive_tab_profile
﻿
Any legal information provided is general in nature and may not apply to particular situations. It does not constitute legal opinion or advice. Please consult your lawyer regarding your specific legal issue.
Posted by Unknown at 16:02