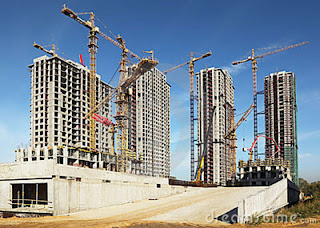 
Builders and developers involved in the construction or conversion of condominiums often face lawsuits over alleged deficiencies, sometimes long after the project is completed.  The builders are typically covered under Comprehensive General Liability ("CGL") policies that limit coverage to damage that occurs during the policy period, and which contain exclusions for liability arising out of contract.

The coverage provided by a CGL policy includes an obligation to indemnify the builder for legal liability to others resulting from the builder's negligence, and an additional, separate obligation to defend any actions claiming damages for such negligence.  The duty to defend includes an obligation to retain counsel and pay the legal costs involved in dealing with litigation.  Since defence costs in major construction litigation can easily run into the hundreds of thousands of dollars, and since most actions will settle before trial, the duty to defend is often as important as the obligation to indemnify.

Does the insurance company have an obligation to provide a defence where the condominium corporation sues the developer/builder for damage that didn't appear until long after the project is completed? What about damage that happens after the CGL policy has expired? In Alberta, the Court of Queen's Bench dealt with both these issues in a recent case involving Canalta Construction Co.

Canalta was the developer and general contractor for a condo conversion in Edmonton.  During the construction, Canalta obtained a CGL policy from Dominion of Canada.  Canalta registered the condominium plan in 2003, the work was completed in 2005, and all of the condo units had been sold by September of 2006.

The Dominion policy was renewed through to January 1, 2008.  A water main failed some seven months later, and the Condominium Corporation sued Canalta in July of 2010, claiming damages for the design and construction of the water main and the failure of the roof system to repel water vapour and insulate the premises.  The water main and the roof system were both common elements, and all of the damages were located in common areas rather than in individual condo units.

There were also exclusions for property that Canalta owned, rented, or occupied, and for damage to premises that Canalta has sold.  The latter exclusion contained an exception where the premises are "your work", and were "never occupied, rented or held for rental by you."

The coverage provisions and exclusions in the Dominion policy are common in CGL policy forms used in the construction industry in Canada.  Interpretative difficulties arise when damage outside the policy period is caused by deficiencies in design or construction that took place while the policy was in force: on those facts, did the property damage "occur" during the policy period?

The exclusion for liability assumed under a contract can also be problematic.  Since all the builder's work on a project is done pursuant to a contract, does this mean there is no coverage for defects in any of the work? Faulty construction is usually the result of negligence, however, and the builder would be liable for negligent construction in the absence of a contract.  Does the exception to the exclusion mean that all the defects are covered, and if so, what is the purpose of the exclusion for contractual liability?

If the duty to defend is to be of any use, the insurer has to take on its defence obligations during the litigation process; otherwise the insured could incur substantial legal costs defending an action when those costs are covered under the policy.  From the insurer's point of view, early involvement in the litigation is also beneficial, as the insurer is then in a position to monitor litigation costs and make decisions regarding tactics and settlement.  Deferring the duty to defend decision until after the trial would not be in the interests of either insurer or insured, and would defeat the purpose of this type of coverage.

Since any issues regarding the duty to defend have to be resolved before all the evidence in the action against the builder is available, this question is decided on the basis of the allegations against the builder set out in the statement of claim in that action.  According to the Supreme Court of Canada, the duty to defend is triggered if there is a "mere possibility" that the claim is covered: Progressive Homes Ltd. v. Lombard General Insurance Co. of Canada, [2010] 2 S.C.R. 245.  This is the test that was applied by the Alberta Court of Queen's Bench in the Canalta case.

Since the water main didn't fail until some seven months after the expiration of the policy, Dominion argued that any ensuing liability was outside the policy period.

In duty to defend cases, the courts have entertained four different theories as to when damage occurs: (1) damage does not occur "until it manifests itself"; (2) damage that is undetected during the policy term is covered if it commences while the policy is in force; (3) exposure to a harmful condition constitutes damage; and (4) developing damage constitutes a continuous series of covered occurrences, starting when the property is first exposed to damage and ongoing until it is discovered.

Canalta argued that since all the work was completed by January, 2005, it was open to the trial court to decide that there was ongoing damage so that the second and fourth theories would apply.  Since the statement of claim issued against Canalta by the Condominium Corporation alleged negligence in design, installation, and construction, it was arguable that damage occurred before the end of 2005.

Although the statement of claim contained allegations of negligence, Dominion argued that these were essentially allegations that the contract was breached by negligent design and construction.

Property Owned or Occupied by the Insured


Property Sold by the Insured

Canalta argued that even if the "alienated property exclusion" was applicable, there was a possibility that the exception for property that constitutes the work of the insured and that the insured never occupied would come into play.  The court seemed to agree: it was unclear whether or not the acts of Canalta prior to the takeover of the building amounted to occupation, so the exception to the exclusion could apply.

It was arguable that the damage occurred when the design and construction work was done, which was during the policy term and prior to the sale of the condo units or the transfer of the common elements to the Condominium Corporation.  The judge held that the claim of negligent design and construction was a "stand alone claim", and not merely derivative of the breach of contract claim.  Since there was a possibility that the claim was covered under the CGL policy and that none of the exclusions applied, Dominion had a duty to defend Canalta in the litigation.

The case illustrates how difficult it can be for an insurer to avoid its obligation to defend under a CGL policy.  A duty to defend application is only interim, and the insured could still be ordered to reimburse the insurer after trial if it appears that the claim is not covered or that one of the exclusions is applicable.  As a practical matter, however, a favourable decision on the duty to defend issue means that the insurer will defend and settle the action, and that the insured is unlikely to be called upon to contribute substantially to defence and settlement costs.


Any legal information provided is general in nature and may not apply to particular situations. It does not constitute legal opinion or advice. Please consult your lawyer regarding your specific legal issue.﻿
Posted by Unknown at 13:10