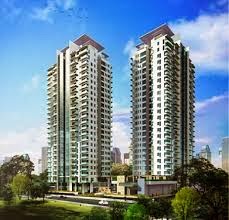 The Condominium Corporation is responsible for the control and management of the common areas of the building, and has an obligation to keep the common property in a state of good repair: Condominium Property Act, s. 37.  In a recent case involving a condominium complex in St. Albert, a Master of the Alberta Court of Queen's Bench held that this duty includes an obligation to open up walls to look for suspected deficiencies in the original construction of the building.
The Applicants noticed cigarette smoke infiltrating their condominium unit from the unit below.  As one of the Applicants was allergic to cigarette smoke, they hired an engineering firm to investigate the problem.  When the engineers opened a bulkhead in the lower apartment they discovered that the fire separation between the two units had never been installed.  Proper fire separation was added in this area, which reduced but did not eliminate the smoke problem.  The engineering firm submitted a report indicating that the cause could be a lack of fire separation in a second bulkhead that had not been opened for inspection.
There were no "as-built" drawings for the complex, so the only way to determine whether or not the fire separation was in place was to open the second bulkhead for further inspection.  The Respondent Condominium Corporation refused to undertake the cost of this inspection on mere suspicion, citing a concern for the inconvenience the work would cause for the lower unit owner.
The Master concluded that the evidence did not prove, on a balance of probabilities, that there was inadequate fire separation in the second bulkhead, but it did raise a case for further investigation.
The legislation imposes a duty on the Corporation to "keep" the common property in good repair, and to "maintain" the property of the corporation.  Although on a literal interpretation this does not seem to extend to a duty to investigate for hidden defects, or to correct deficiencies in the original construction, it is well established that condominium statutes are remedial legislation that should receive a liberal interpretation.  The Master concluded that the corporation cannot just preserve the existing state of the building, or maintain the status quo, especially if this could endanger the safety of unit owners: "The statute and the by-laws impose not only a duty to maintain, but an obligation to correct deficiencies or, at the very least, to investigate and bring the conclusions to a meeting of the owners."
The Master issued a broad order requiring the Corporation to open and inspect the second bulkhead to confirm that there was adequate fire separation meeting all Building Code requirements.  In addition, if the fire separation proved to be lacking in this second area, the Corporation's Board was to consider whether additional investigations were required in other parts of the building.
Construction deficiencies in condominium buildings are unfortunately too common.  Defects may not be apparent at the time the condominium is registered and title to the common elements is transferred to the Corporation, however, as the building envelope and internal drywalling are normally complete by that time.
In a typical case a hidden defect affects multiple units, and the Board is prepared to undertake investigations to determine the nature and extent of the suspected problem.  Here, a problem that could be widespread in the building, with disastrous consequences in the event of a fire, was having an immediate impact on only one unit.  It will be interesting to see if this decision is applied in other cases, and if the principle established is extended from matters that could impact health and safety to cases in which a single owner is concerned about the comfort or the appearance of his unit.
Hnatiuk v. Condominium Corporation No. 032 2411, 2014 ABQB 22

﻿
Any legal information provided is general in nature and may not apply to particular situations. It does not constitute legal opinion or advice. Please consult your lawyer regarding your specific legal issue.